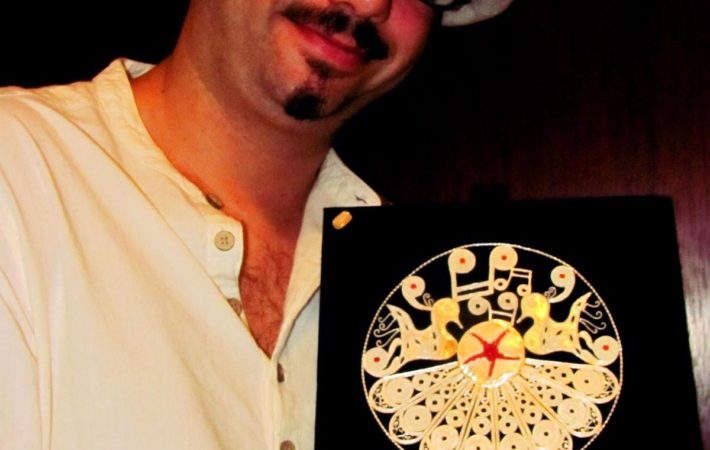 It was the city of Nuoro that hosted the ninth edition of the award, at the Teatro Eliseo on November 5, 2011.

And among the winners of this edition there is an artist who shared an important moment in the career of the singer in the early eighties: Angelo Branduardi.
And for the occasion Branduardi met another Sardinian artist who collaborated with him in the late seventies at the time of the album “La flea d’acqua” and the tour related to it.
He is Luigi Lai and the master of launeddas of San Vito was a highly applauded guest of the event.
During the course of which were also awarded to the Alghero musician Enzo Favata, the female group of Balentes, the young blues guitarist Francesco Piu and composer of contemporary music Franco Oppo Nuoro.
Also awarded were the Circolo degli emigrati AMIS of Cinisello Balsamo, the Istituto Superiore Regionale Etnografico of Nuoro, Gianni Medda, creator of the successful television format “Sardegna canta”.

The evening was also enriched by the performances of the singer from Sassari Giusi Pischedda, who had won a special prize a month before at the music competition dedicated to Mia Martini in Bagnara Calabra; the Compagnia Danza Estemporada of Sassari, directed by Livia Lepri with a fragment of the show “Feminas”, inspired by the figure of Maria Carta; the instrumental vocal choir “Maria Carta” of the middle school “Pasquale Tola” of Sassari.